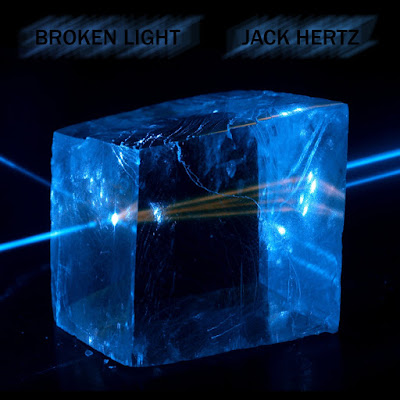 Description
Jack Hertz gets small with two new compositions that reflect on our conflicted view of reality known as the Wave/particle duality. The concept in quantum mechanics. Argues that every particle or quantic entity may be partly described in terms not only of particles, but also of waves. It expresses the inability of the classical concepts "particle" or "wave" to fully describe the behavior of quantum-scale objects. As Albert Einstein wrote: "It seems as though we must use sometimes the one theory and sometimes the other, while at times we may use either. We are faced with a new kind of difficulty. We have two contradictory pictures of reality; separately neither of them fully explains the phenomena of light, but together they do."
Read more at https://en.wikipedia.org/wiki/Wave%E2%80%93particle_duality

Jack Hertz has been composing and recording music for more than 30 years. He is always searching for a sonic middle ground between the real and the artificial. He utilizes instruments, machines, found objects, field recordings, and effects processing to design atmospheres for deep listening. More information about his work is available at JackHertz.com