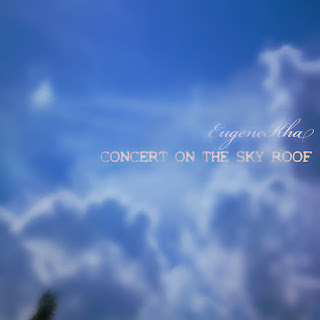 All Tracks are Recorded, Mixed and Pre-Mastered on a Zoom R24 Digital 24-track Portastudio. Final Mastering on a Soft DAW Reaper 4.

Evgenij (Eugene) V. Kharitonov performs, records and releases music as EugeneKha. Poet and Musician, Writer, Sound and visual artist. He was born in 1969 in Moscow. Has got philological education, the author of numerous literary publications and many books, works in journalism. The publisher and the editor of magazine of literary and art avant-guard "Drugoe Polusharie/Another Hemisphere", audio-magazine of sound poetry and audio art "ARTronic Poetry", the curator of Festival of experimental art "Lapa Azora".

In music is engaged from the middle 1980. In first half 80 was DJ and the dancer in the Moscow Disko-theatre "Columb", since 1987 played different rock groups as the guitarist, the vocalist and the author of songs (bands: "The We",Kharitonov's Fuck Orchestra, Khram Snov). In the late nineties seriously was engaged sound poetry and audio-art. Acts with performances, has let out many audio-albums as sound poet, it was published in sound poetry magazines. The participant of many vanguard festivals and live performances.